The Wildlife of Fort Walton Beach 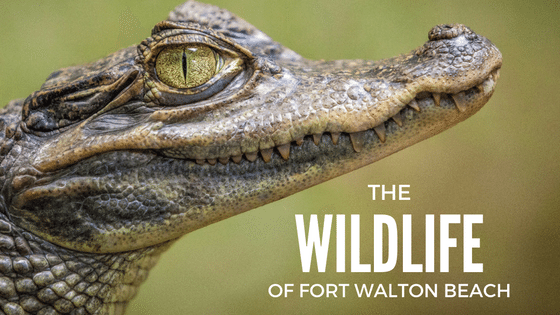 The Wildlife of Fort Walton Beach

The Emerald Coast is teeming with a variety of remarkable animals. Whether you’re on land or on the sea, you’re likely to come across one of Florida’s unique creatures. Fort Walton Beach wildlife is bountiful if you know what to look for and where.

No matter who you are or where you’re from, you remember your first encounter with with these ocean-dwelling mammals. Agile, graceful and extremely intelligent, bottlenose dolphins are usually seen close to the shore line, playing or feeding. Where there is one, there are usually many others. Back in the day, dolphins were considered good luck to fishermen and travelers. If, on an off chance, you don’t see them in the wild, you can visit the Gulfarium or hire a trained charter.

Not only do you see them poking their little green heads out of the ocean from time to time, but the graceful, shelled creatures also choose the Emerald Coast to lay their eggs between April and August. At Fort Walton Beach, you can expect to see Leatherheads more commonly than Loggerheads, Hawksbills or Green Turtles. Leatherbacks are distinguishable by their black or brown leathery shell in contrast to the hardened plates of other turtles. They can grow up to 5 ½ feet long and can weigh more than 1200 pounds. These turtles are a threatened species, however, so be respectful of their habitats. For more information on these amazing creatures, education night walks are available to the public.

A favorite among locals and tourists alike is the Great Blue Heron. Known for it’s large yellow bill and prominent black markings above the eye, this graceful bird can grow up to four feet tall. Additionally, it’s a rarity to not come across a White Ibis or some species of Egret, as they are constantly flocking to all sorts of bodies of water in search of lunch. Finally, for anyone traveling from outside the Sunshine State, be mindful of the seagulls. They are always on the lookout for unguarded Pub-subs.

While it’s uncommon to see manatees very far north, they have been seen in nearby rivers and waterways. You can find them in warmer waters, such as Eglin’s Blue Spring or Blackwater River State Park. Also known as sea cows by the locals, manatees are slow moving mammals with a love for green vegetation. They are protected, so be sure to give them their space.

It’s unlikely that you’ll see these scaly creatures riding the waves of the Gulf. Alligators are pretty solitary reptiles that prefer nothing more than to stay far away from people. That being said, they’re typically found further inland, skulking around in rivers and other brackish waters. While full-sized alligators usually measure between five and seven feet, the largest gator caught in Florida measured close to a whopping 15 feet.

Also called a Puma, Cougar and Mountain Lion, sightings of the Florida Panther are very rare. According to The National Wildlife Federation, “there are less than 100 Florida panthers left in the wild. Hunting decimated the population badly and it was one of the first species added to the U.S. Endangered Species List in 1973.” There have been only rumors of Panther sightings in Fort Walton Beach. However, there have been two recent sightings further south – a good sign, perhaps?

Since the waters plunge well over 100 feet down so close to shore, visitors to Fort Walton Beach may be lucky enough to see one of these graceful water mammals. They are similar in appearance to the Bottlenose Dolphin, with the exception of a more bulbous head, darker color and larger size. The Pilot Whale is protected under the Marine Mammal Protection Act of 1972 as amended.

As likely as you are to see the majority of these creatures out in the wild, there are other ways to guarantee a glimpse of Florida’s wildlife. The Gulfarium Marine Adventure Park, the Gulf Breeze Zoo and the Emerald Coast Wildlife Refuge are just a few great locations to make your animal encounters up close and personal. 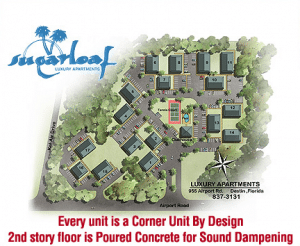 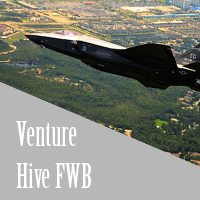 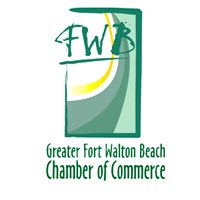 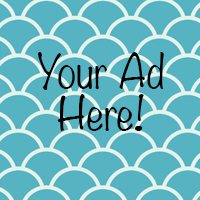